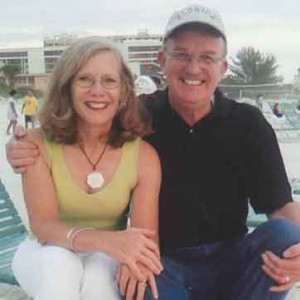 After growing up in Alabama, Derrick left home to serve two tours in Vietnam. As he returned from the war he met a godly, older pastor of a church who began to be his mentor. In this church, Derrick became a Christian and found healing from the brokenness of a dysfunctional childhood and the trauma that occurred in Vietnam. This experience shaped Derrick’s life and led to a call to ministry.

Derrick is an ordained minister who earned degrees with concentrations in Bible, counseling and church ministries. While in school, he met his future wife, Jan. They have been married 36 years and have three married adult children and three grandsons. Derrick later earned a Doctor of Ministry degree and served in churches as a family pastor, pastoral counselor and shepherding pastor.

After 25 years of ministry, life events led Derrick to leave the ministry to focus on the needs of his own family. Derrick and Jan then started attending Davis Islands Baptist Church and learned that the church was starting a new ministry called Celebrate Recovery. Through their involvement in CR, they both found healing and renewed spiritual growth. They have continued to serve in CR for the past nine years.

After the transition from church ministry, Derrick worked for four years in foster care in the areas of adoptions and reunification, providing in-home therapy to families whose children had been removed from their home. For the last six years, Derrick has worked as a counselor in the homes where child abuse has occurred. Cases normally consisted of trauma issues, sexual abuse, domestic violence, and substance misuse and included a wide spectrum of other issues.

Derrick has a passion for the church to be a safe place where individuals and families can obtain healing from brokenness. After 10 years of first- hand exposure to the needs in hundreds of homes in the community, he sees a tremendous need and opportunity for South Tampa Fellowship to reach hurting people of the community.